Skip to content
Central Nigeria: Officials in Plateau State say they are investigating the murder of five people in K-Vom village of Jos South Local Government Area last Thursday.
The attack at about sunset wherein a student of National Veterinary Research Institute Vom, Mr. Emmanuel John was killed along with four locals was perpetrated by “two people in green wears,” said an eyewitness, Mr. Dalyop Choji who survived with deadly injuries.
Arrests have been made on the murders and other relayed crimes, Governor Simon Lalong said, Saturday. 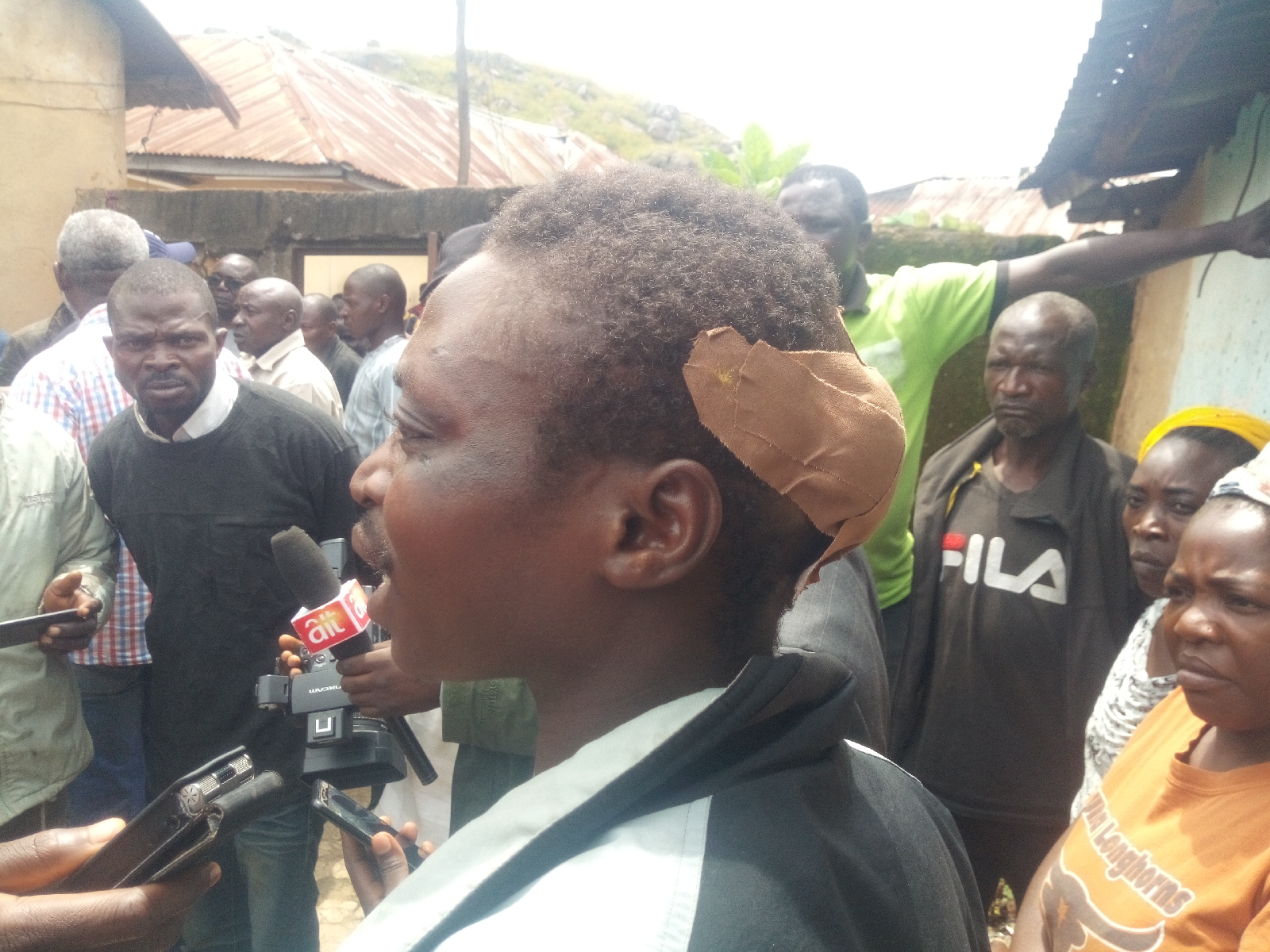 The case, State Police Commissioner, Edward Egbuka said, Friday, will not be ignored like others in the past.

The said arrests however, are still secretive.

Locals had, Friday attacked a Police Station in K-Vom, alleging that a top Official had made utterances that possibly caused the attacks.
Windows, motorbikes and other valuables in the Police Station were shattered by the protesters who included women and Youths. 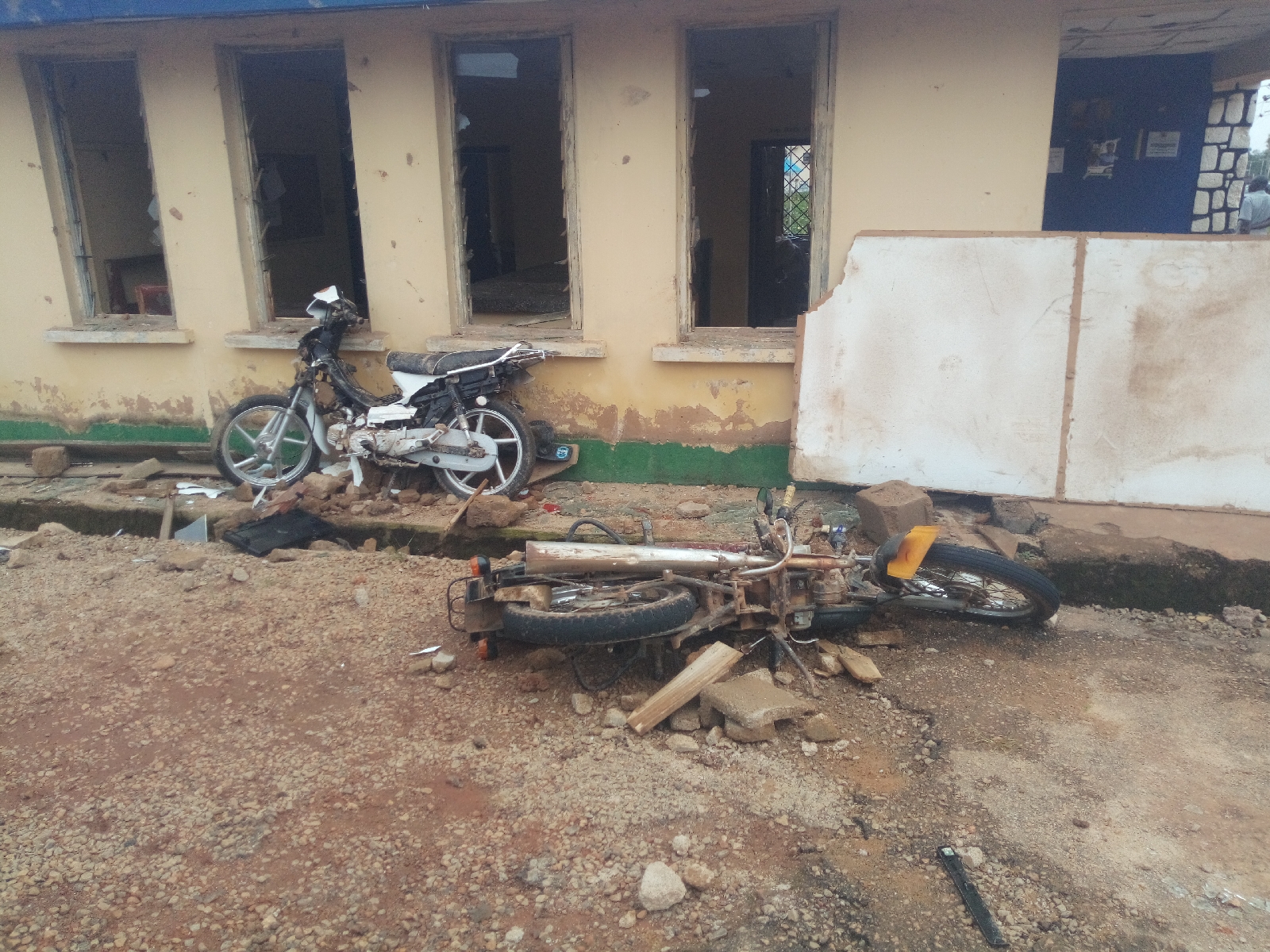 “First, they gathered our people here (at Police Station) and paraded them for what we knew nothing about,” Mr. Badung Mwadkon, Senior Ward Head of Gwol K-Vom told Journalists.

Mr. Alabi Gyang, Deputy Vigilante Commandant, K-Vom, said he was detained with two others over missing cattle which they in company of Federal Police had been combing bushes to rescue.

In his words, “Few weeks ago, two local hunters were attacked and one was killed. The one that survived reported shooting one of the attackers but no investigation was carried out. Few days later, a corpse of a herder was found in the same location where those hunters were attacked and the Divisional Police Officer insisted that we must provide the killers of the herder.

“She organized an identification parade for all the Vigilante and hunters in the community and we all came out but the boy that said he knew who killed his brother was not allowed to come out and identify the killer.

“The DPO later said we Berom people kill Fulani anyhow and that Fulani will come and attack us and nothing will happen. She then called the Commissioner of Police and told him that we resisted the identification parade she organised whereas we have video records of all that happened.”

This is not the first time violent attacks were occurring in the community, Chairman of Vwang traditional Council, Mr. Gyang Balak said.

“A Police Officer has been killed here before. A Civil Defense as well. We have been holding security meetings and encouraging ourselves to maintain peace but these things keep happening,” said the Village Chief.

The community is helpless, and hopeless, said Mr. Gwottson Fom, the Lawmaker representing Jos South in the State House of Assembly.

Local Government Authorities are however still trying to calm frayed nerves over the incident.

Mr. Choji Dachung Yohanna, the Chairman of Jos South LGA told Journalists that though the immediate threats had been contained, dialogue was still ongoing.